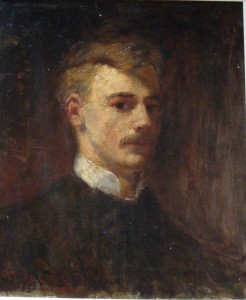 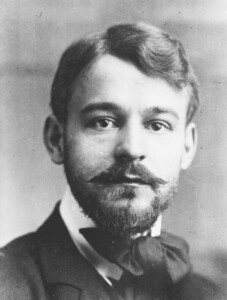 Born in Dordrecht as the son of a well-known Dordrecht trading family.
Initially he was destined for trade, but drawing interested him more. The story goes that his father showed Jozef Israëls a drawing of him and asked him for advice. That was: send the boy to Paris and let him work there for a year or so.

At the age of 16, in 1893, he became a pupil of the Rotterdam Academy of Visual Arts.
Three years later he left for Paris where he completed his studies at the then renowned Academy of Rodolphe Julian (1834-1908), a private art academy, where a large number of aspiring painters, draughtsmen and sculptors studied. He studied with J. Lefèbre and TR Fleury.
His parents and youngest sister Nel accompanied him during the first six months. From Sept. 16, 1896 to February 1, 1897 they also stayed in Paris.
He stayed there for four years, living at 24 Rue Fontaine.

Just like his teacher Julian, he mainly devoted himself to the genre piece and the portrait. Genre piece: a performance from everyday life or everyday surroundings. It was very popular in the 19th century.

O. v. T. writes, among other things: “Whether it was because of his stay in Paris, or because it was in his character to give that art, but through and through French was all his work. In his delicate chalk and pencil studies from that time, all the charming genius of the French school lay flamboyantly elegant and he showed himself to be an extremely serious and skillful very sensitive draughtsman and painter. Frans remained his work. Until for some time there came a turnaround in his direction and he gave himself to the real Dutch interiors”.

An image may have a caption, a title and/or alternate text. The following is the order for selecting the label for an image. You can use drag and drop to change this order.
Caption
Title
Alternate Text

In 1901 he left for Bruges in Belgium. After that he lived briefly in Heeze, Volendam and Dordrecht until 1902. From there he moved to Laren and around August 1903 he became one of the first members of the Larensche Club De Tien, a group of painters. Early 1905 he lived in Nunspeet for a few months.

More about the Club De Tien and his friends


Artistst Jaap Dooyewaard and Gerrit Willem van Blaaderen were friends of his too. Gerrit van Blaaderen was a member of the Ten since 1904.
Other friends probably were Frans Langeveld, David Schulman, Tony Offermans en William Singer.

He became a member of the Dordrecht drawing society Pictura, as well as Arti et Amicitiae and Sint Lucas, both artists’ associations in Amsterdam.
He painted, drew and lithographed portraits, figure and especially in his Laren period many peasant interiors.

He was an amiable and civilized artist who liked to be seen in the lively and active company that these Laren painters formed during the meetings in the Kroegje van Hamdorff.

In 1904 he was awarded the Willink Van Collen Prize, for the painting on the photo below (left). On this photo he is sitting in front of the painting and reading the newspaper, probably the message that he had won the prize. We haven’t found the painting yet, but it is a very similar one. This seems to have been a preliminary study. Differences are mainly in the positioning of the head on the painting. In the preliminary study, the hood touches the edge of the painting, both above and to the left and right. In the winning painting he has left space up to the edge.

Also in 1904 he won a silver medal at the 14th World Fair in St. Louis, Missouri with his Larens interior.

He seemed to be doing well, he got good reviews and his work sold well. He had friends and was active in the clubs. The relationship with parents and sisters was also very good.
Nevertheless, on May 8, 1905, he committed suicide, when he was only 27 years old. 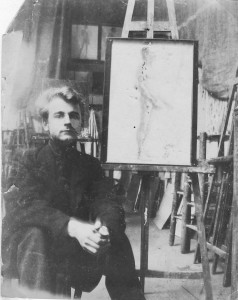 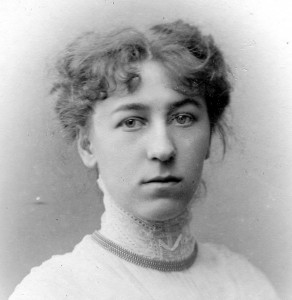 He had a very good relationship with his sister Nel, we discovered through the scrapbook, which she made of photos, postcards and letters from him to her and their parents. She was 25 when her brother ended his life 10 days before her 26th birthday.
She stuck a text under a picture of him; maybe it was his motto.  “Self-knowledge automatically leads to a soft judgment of another person’s flaws and shortcomings.”
The book must have comforted her.

Relatives (descendants of his 2 sisters, Henk was unmarried) received many of his works through inheritance. We made pictures of the paintings, sketches, drawings and scans of the letters and postcards. This gives us a glimpse into his life as an artist, as a son, as a brother.
We were impressed by the quality and quantity and have brought a large part of these together on this website. This resulted in reactions from people who also had a De Court Onderwater at home and even more photos and news items about it.

But some of his work is still missing. His work was mainly sold by a Dutch art dealer Preyer in the years 1900-1905.

Please let us know if you have a work of him. We would very much like to have a photo of it to put on our Dutch website: https://henkdecourtonderwater.nl/
Here you can see al of his work together. Or use the menu above to see his paintings, drawings and sketches. In februari 2020 I wrote a book about his life and his works, but that is only in Dutch.

Please send a mail to info@henkdecourtonderwater.nl.